Since the 25th January burglaries have taken place in the following locations;

The first resident reported that they took over her computer and after various charts appeared on the screen, she was told her that the problem was solved and there would be a charge and asked her to pay on line .She told them she did not have an account on line. The caller replied that as she paid the Server by direct debit he would set up a Pay Pall account for her which he did. She lost £1,800.

The second resident after following the caller’s instructions, saw his screen go black and a message appeared saying that he would receive £200 compensation and they were arranging for an engineer to visit him to change his Tivo box which they said was faulty. As he had no on line account they asked for details of his address so the money could be sent, but they couldn’t pay him by cheque.  The recipient of the call became suspicious and after a call that lasted nearly 1 hour he ended the call.

Both residents contacted their respective Servers and were told they had received scam calls. Please be warned if you call your Server with a problem, be on the alert if in the following days you receive phone calls supposedly from your Server.

Bogus workmen are targeting elderly and vulnerable persons in the Crosby area. They are stating that work needs doing especially in the roof and chimney areas of the property. They are taking the cash from the residents but not completing any work. There have been 3 reports in the last week.

Since the 15th January burglaries or attempted burglaries have taken place in the following locations:

From 21st February 2018 and during the following 2 to 3 weeks directories will be delivered to Post Code areas in South and East Sefton. If you are planning to be away during the delivery period, it may be advisable to ask a neighbour to collect the directory from your property for safe keeping until you return. This will avoid giving an indication that the house is unoccupied.

This week’s good work has unfortunately been overshadowed by 2 Firearms discharges which resulted in injury. One in Akenside area and the other on the Pendle Estate. My team are doing their utmost to re-assure the public in the communities whilst our investigation team are leaving no stone unturned to find those responsible. I ask that if anyone has ANY information about these incidents and/or any other crime then please let us know. We need you to ‘help us to help you’!

Some brilliant work this week has included 3 males being arrested after breaking into a house targeting a cannabis farm in Bootle. All 3 were arrested and the cannabis recovered. A large cannabis farm recovered in ‘The Serpentine’, a number of weapons recovered from a park in Bootle and most pleasingly our burglaries have dramatically reduced. I believe this is down to the hard work of my team aided by the assistance by our communities.

Please keep up the great work and hopefully we can have more good news next week.’

Please see below for the latest information from Merseyside Police.

Please see our documents section for the latest update on the Thornton Corridor Study.

Our next Ordinary Meeting will take place on Monday 4th June at Holy Family School – 7pm start. Please see our documents section for the Agenda.

Do you need help or advice with Housing, Benefits, Money Matters, Employment or Consumer Matters?
Citizens Advice sessions are available every Tuesday 10-12 noon in the Community Hub at All Saints with St. Frideswyde (ASSF), 93 Forefield Lane (opposite the Junior School), Crosby Liverpool L23 9TJ. 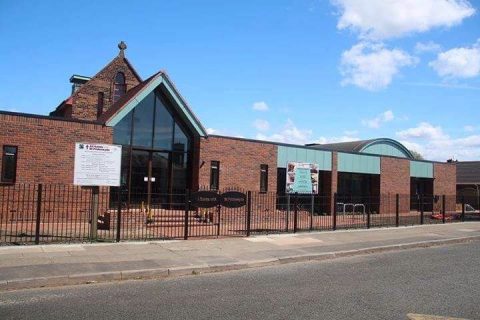 Thornton Parish Council has been working with Sefton MBC and residents – since the opening of Brooms Cross – with regards to the traffic flow situation. Sefton MBC have conducted research over the past year and are now ready for consultation with residents. This will take place after the elections. Please find attached the Proposal to undertake Public Engagement and Consultation Activity – Thornton Corridor Study – Short Term Action Plan – Consultation on Options document. Please send us your comments.

Our next meeting is on Monday 4th September 2017 at Holy Family High school – 7pm start.  Agenda to follow.

Crosby and Waterloo in Bloom

At our recent Parish Council meeting we were visited by a representative of Crosby and Waterloo in Bloom. Please see the links below for further information about the scheme and how to become involved.