A vacancy now exists on the Thornton Parish Council and is open to any resident to apply, 8 October 2019. 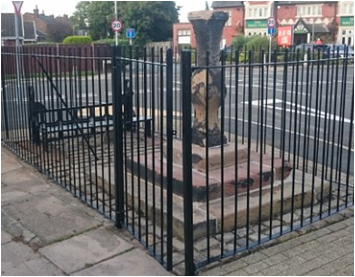 Have you ever fancied being on the Thornton Parish Council?  Well now you have an opportunity to be.

Thornton Parish Council has declared that a vacancy exists on the Parish Council due to the non declaration of acceptance of office of Councillor Janice Blanchard.  Residents, if they so wish, can express an interest in becoming a member of the Council.

If you are interested in applying, be quick, you only have 14 working days from the 8th October to respond, which would give the 25th October as the deadline.  You will need to get ten local people to sign a petition for you by the deadline and send it in to the address in the letter below.

An election will only become necessary if enough voters ask for one, otherwise, the vacancy can be filled by co-option.

Thornton Parish Council object to Aurora’s plan to drill and frack at Altcar on the grounds that it will have a significant detrimental effect on the locale, including Thornton and its residents, that will far exceed any suggested benefits, in relation to:

Not only did Andrew deliver a really helpful and informative overview on Sefton highway services on Monday night, 9th September 2019 at Holy Family High School, he overran significantly to ensure that everyone could have their say.   And my word, Thornton residents did have their say as they fired question after question at Andrew in the utmost good humour.  Thank you Andrew.

For residents whose questions could not be answered on the night, Andrew has promised to share these with various colleagues/departments and where applicable they will contact the relevant residents directly.

Useful email links should residents have any concerns:

highway.enquiries@sefton.gov.uk  This can be used to report everything from potholes, to blocked gullies, weeds, overgrown highway grass verges, damaged street furniture etc.

traffic.signals@sefton.gov.uk  This can be used to report any faults or concerns about traffic signals.

streetlighting.enquiries@sefton.gov.uk  This can be used to report any faults or concerns about street lighting, illuminated signs and bollards.

To help Sefton improve highway maintenance, please click on the link below:

There was a warm welcome for newly elected Parish Councillors and Clerk at Thornton Parish Council meeting, held on Friday 19th July 2019 at St William of York Parish Centre.

Following uncontested elections: Andrew Donegan was elected on the 2nd May 2019; Bob McGill, Jim White, Grace Atkinson, James O’Keeffe and George Pennington were elected on the 11th July 2019.  The new Clerk is Veronica Swift and she joined the Council on the 7th May 2019.

The Council said farewell to Richard Cooke and Therese Draper who have contributed much to the Parish Council’s work during their period in office.

The next meeting of the Parish Council will be back at its normal venue, Holy Family High School on Monday, 9th September 2019 at 7:00 pm.

Councillors look forward to meeting and serving the residents of Thornton, please come along and get involved.

Forms of nomination for the election may be obtained at Sefton Metropolitan Borough Council, Bootle Town Hall, Oriel Road, Bootle, L20 7AE from the Returning Officer electors@sefton.gov.uk who will, at the request of an elector for any electoral area prepare a nomination paper for signature.

Nomination papers must be delivered to the Returning Officer, Sefton Metropolitan Borough Council, Town Hall, Oriel Road, Bootle, L20 7AE on any day after the date of this notice but no later than 4pm on Friday, 14th June 2019.

If any election is contested the poll will take place on Thursday, 11th July 2019.

It is therefore important that current members, who wish to continue as an elected member of the parish, must submit a nomination paper to stand as a candidate and contest their seat should an election be held. An election is only held if there are more candidates than seats on the parish council.

To be able to stand as a candidate at a parish council election, the prospective candidate must

• be at least 18 years old
• be a British citizen, an eligible Commonwealth citizen or a citizen of any member state of the European Union, and
• meet at least one of the following four qualifications:

Candidates can stand on behalf of a political party, but must ensure they are authorised to do so and their nomination paper is supported by the political parity nominating officer.

Candidates can stand as an independent candidate. Alternatively, a candidate may give a description of no more than six words to appear on the ballot paper. It can be any description providing it is sufficient to identify them and is unlikely to associate them with a political party registered with the Electoral Commission.

Election Timetable and the Nomination Period

Parish elections are run on a statutory timetable. The Notice of Election will be published on Friday 22 March 2019. The nomination period will start on Monday 25 March 2019.
Nominations papers must be delivered by hand to the Returning Officer at Bootle Town Hall, Oriel Road Bootle, L20 7AE between the hours of 10.00am and 4.00pm from Monday 25 March 2019 through to Wednesday 3 April 2019.
Any nomination paper delivered after 4.00pm on Wednesday 3 April 2019 will not be accepted.
Should a candidate wish to withdraw their nomination paper, then they must do so before 4.00pm on Wednesday 3 April 2019, otherwise they will stand validly nominated regardless of whether the election is contested or not.
Following the close of nominations, an election will only be held if there are more candidates than seats available on the parish council. All other candidates will be elected without contest
NOTE Nomination Papers will be made available from Monday 11 March 2019

Merseytravel, as part of its Bus Strategy, is committed to carry out regular bus network reviews across all areas of Merseyside.

The aim of these reviews is to make sure that the bus network across region meets the contemporary needs of the public and adapts to plans for future housing, leisure and employment developments, building on the work done in reviews in previous years.

As part of the Bus Alliance, Merseytravel is working with Arriva, Stagecoach and the other bus operators through these network reviews with the aim of getting more people using the bus by creating a better bus experience.

This includes improved and simpler networks, value-for-money fare structures that are easy to understand and more investment in the buses themselves. Encouraging more people to travel by bus drives investment and means less reliance on the public purse.

Reviews will be carried out on a regular cycle, with an area being reviewed approximately every six months. On average, each area will be reviewed every 2-3 years, ensuring that the network delivers the aspirations of the Liverpool City Region.

Details on the reviews of each district will appear on this page as and when they take place. You will be able to find out details of the changes proposed to the bus network in each region and give your feedback via an online survey.

There will also be the opportunity to attend drop-in sessions to provide feedback and ask any questions, with representatives from Merseytravel and the bus operators available to answer your queries.

If you are unable to attend the events and give your views on the bus services in your area or would like to ask any questions about the reviews, you can contact our comments team through the Merseytravel website by emailing comments@merseytravel.gov.uk or by telephone 0151 330 1000.

We use cookies to ensure that we give you the best experience on our website. If you continue to use this site we will assume that you are happy with it.Ok