Skip to content
‭07889 049266‬ (Phone)
News
Thornton Parish Council Website > News > Community > Hightown Festival 21st – 22nd April
Hightown Parish Council is hosting the inaugural Hightown Festival over the weekend of 21st- 22nd April.
The festival is not only aimed at the residents of Hightown, but we also hope to attract residents from many of our neighbouring communities including Thornton, Little Crosby, Ince Blundell, Little Altcar, Crosby, and Formby.
Please see the Facebook pages for further details
(https://www.facebook.com/HightownVillageMersey/ )
(https://www.facebook.com/events/396340760780050/ )
There is also a couple of specific ticketed events as part of the festival;
The first is an evening event on Saturday 21st April (7.30 pm start) hosted by the Blundellsands Sailing Club (The Foreshare, Thornbeck Avenue, Hightown), which comprises a hot and cold buffet, live entertainment provided by Richard Holmes who will sing Rat Pack style favourites, and followed by a disco until late. Tickets are £15 /person and include the buffet.
The second event is an afternoon tea dance (2.30 pm start) on Sunday 22nd April which will be hosted (includes instruction on dance steps if required), and includes an afternoon tea. Tickets are priced at £7.50/person and include the afternoon tea. 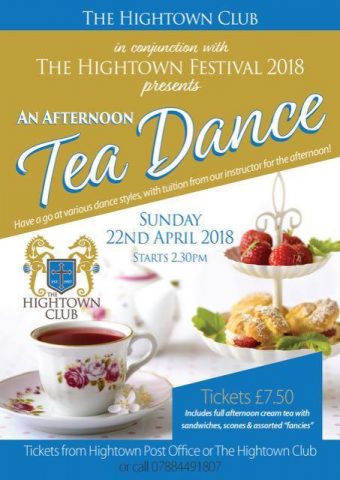 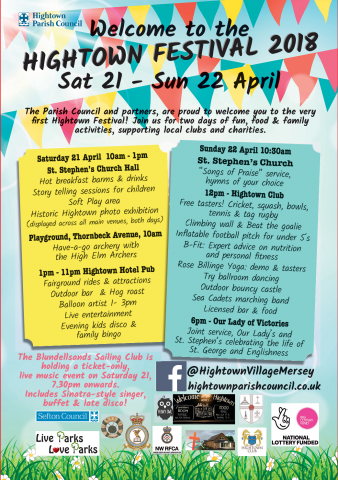